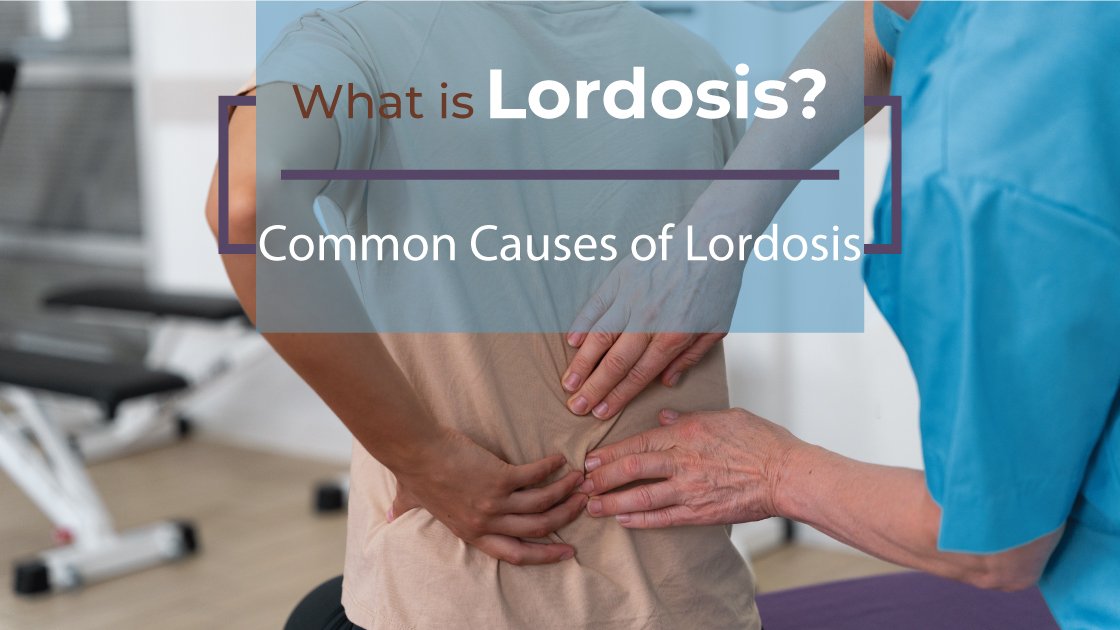 What is Lordosis? Common Causes of Lordosis

Everyone’s spine curves a little in your neck, upper back, and lower back. These curves, which create your spine’s S shape, are called the lordotic (neck and lower back) and kyphotic (upper back). They help your body:

Lordosis refers to your natural lordotic curve, which is normal. But if your curve arches too far inward, it’s called lordosis, or swayback. Lordosis can affect your lower back and neck. This can lead to excess pressure on the spine, causing pain and discomfort. It can affect your ability to move if it’s severe and left untreated.

Lordosis is the medical name for an exaggerated inward curve of the spine, often in the neck or lower back. Lordosis usually does not cause symptoms. However, if it is severe, it can cause pain and may require surgery. Lordosis refers to an exaggerated inward curve of the spine. Some people call the condition swayback. Lordosis most often occurs in the lower back, in which case health experts refer to it as lumbar lordosis. If it occurs in the neck, the medical name for it is cervical lordosis. The spine can also curve outward, in a hump shape, and this is called kyphosis. It typically affects the middle or upper back, rather than the lower back or neck. Sometimes, having another type of spinal curve causes the body to develop lordosis to compensate for the existing imbalance.

Treatment of lordosis depends on how serious the curve is and how you got lordosis. There’s little medical concern if your lower back curve reverses itself when you bend forward. You can probably manage your condition with physical therapy and daily exercises.

But you should see a doctor if the curve remains the same when you bend forward. Read on to find out what lordosis looks like and how your doctor will diagnose for it.

Lordosis can affect people of any age. Certain conditions and factors can increase your risk for lordosis. There are various Lordosis causes but here are some of the major ones:

Lordosis in the lower back

Lordosis in the lower back, or lumbar spine, is the most common type. The easiest way to check for this condition is to lie on your back on a flat surface. You should be able to slide your hand under your lower back, with little space to spare.

Someone with lordosis will have extra space between their back and the surface. If they have an extreme curve, there’ll be a visible C-like arch when they stand. And from the side view, their abdomen and buttocks will stick out.

In a healthy spine, your neck should look like a very wide C, with the curve pointing toward the back of your neck. Cervical lordosis is when your spine in the neck region doesn’t curve as it normally should.

What are the Symptoms of Lordosis?

The most common symptom of lordosis is muscle pain. When your spine curves abnormally, your muscles get pulled in different directions, causing them to tighten or spasm. If you have cervical lordosis, this pain may extend to your neck, shoulders, and upper back. You may also experience limited movement in your neck or lower back.

You can check for lordosis by lying on a flat surface and checking if there’s a lot of space between the curve of your neck and back and the floor. You may have lordosis if you can easily slide your hand through the space. There are various Lordosis symptoms, mentioned below are the major ones:

These may be signs of a more serious condition such as a trapped nerve.

A healthcare professional can help identify exercises that are safe and effective for people with lordosis. A doctor may recommend a physical therapist or trainer who specializes in these types of conditions.

The American Council on Exercise (ACE) identifies several exercises that can benefit people with abnormal spinal curvature. The ACE recommends the following exercises for people with lordosis:

If the curve in the spine is mildly exaggerated, a person may not require treatment. Often, if there is no pain, and the curve does become more pronounced, a doctor does not need to intervene. When lordosis does require treatment, the right approach depends on the cause of the curvature. For example, postural lordosis resulting from muscle weakness or overweight may improve with physical therapy and weight management. If a child has lordosis, a doctor may recommend a back brace to prevent the curve from progressing as the child grows. If lordosis causes pain, nonsteroidal anti-inflammatory drugs, such as ibuprofen (Advil), may help.

Lordosis is an exaggerated inward curve of the spine, often in the neck or lower back. There are several causes and risk factors, including congenital conditions, uneven posture, and injuries. A doctor can often diagnose lordosis with a physical examination, and imaging scans can help. Usually, a person with mild lordosis does not need treatment, but they may benefit from physical therapy or over-the-counter medication if the curve causes pain. Severe lordosis may require surgery.

Are you looking for an expert physiotherapist in Ahmedabad? Contact Dr. Niraj Patel (Physiotherapist) to get the best treatment!